Donald Trump says that he has made sacrifices that are equal to the veteran?

As a former C-141C flight engineer in the Air Force Reserves, I was activated for Iraq. The C-141 was being replaced by the C-17 and we were down to the last two C-141C wings. One Wing was at March AFB, California and the other at Wright-Patterson AFB in Ohio.  Together, the two Wings had between 32 and 34 C-141 Starlifters. During the Iraq war, these aircraft were dedicated to the air evacuation mission from Iraq to Germany and Washington DC. Many times when restaging aircraft, we would haul fallen patriots to Dover AFB, Delaware.

Every air evacuation mission out of Iraq saw a completely packed aircraft. Men and women from every service would be among the passengers. Many would be walking wounded, while others were litter patients.

These patriot Americans served with dedication and dignity. On the airplane, they conducted themselves in a manner that was upstanding and respectful.  It is called duty, honor, and country.  Watching the medical crew work 24 hours straight and tending the wounded like they were babes in arms was a thing to behold. On many missions, I personally would be overcome with so much emotion watching the best humanity has to offer, I would hide in the aircraft’s bathroom and cry.

I would think about how these patriots had left their loved ones to fight for our national interest. I would think about the spouses and children that waited for their loved ones to return. I would give my respects to the patriots that had given their final measure and would not return to the warmth of loved ones and a full life. My father had served two tours in South East Asia, and I remembered how I missed him when he was away.

The most unnerving event for me was seeing a burned fighter pilot strapped to a gurney and sedated. A Brooks Army Medical Center Burn Unit doctor was by his side. The doctor had flown from Texas and was now flying back to Texas from Japan on the C-141.  He had been up for days caring from this wounded patriot. The Airman’s wife was also by his side, albeit heavily sedated.

The worst events Donald Trump ever encountered are when his limo was late or the batteries in a channel changer failed. Soldiers slept on the ground. Trump slept on an unused thousand dollar mattress in a 5-star hotel. The hotel room was probably ultra cleaned. He probably even had his own personal ass wiper.

Donald Trump is completely out of touch with reality. Moreover, he says serial stupid shit. Americans can no longer tolerate Donald’s spewing of insulting and imbecilic rhetoric. We cannot allow this man to speak for America. He is a national embarrassment and  engages in repetitive narcissistic swinery. Donald Trump does not understand duty, honor, and country. All he understands is money, greed,  socially inept gibberish, and heinous positions that are counter to Americana. Take your billions and shove it up your ass.

After the Super Bowl, the Broncos dodged the Osweiller bullet. Even after 4 years apprenticing to one of the greatest quarterbacks in history, Osweiller did not look the greatest. He did pull off some wins, but seemed to stagnate in the 2nd half. His 3rd down conversion rate was dismal at best.

Paxton Lynch looks like a much more robust presence on the field than Osweiler. Damn, I am glad Osweiler is gone.

Then again, when Sanchez took over in Philly for several games, he was on fire.

Well Nancy, I have fixed the 1951 Ford F3. The flathead 239 blew a head gasket. The block looks to be freshly bored .080 over, and there was only a slight ridge on the cylinder wall. This tells me the motor is fresh. In addition, if the pristineness of the piston tops, cylinder walls and valves are any indication, this motor has maybe 5,000 miles on it. That is what they call cherry.  I had the heads sanded at Buds machine. He has a sanding belt table and we only took off maybe 3 thousandths.

I had the heads sanded at Buds machine. He has a sanding belt table and we only took off maybe 3 thousandths.

I have built copious VW bug race motors and have done a lot of port and polishing. The Ford flathead engine has a heinous head and cylinder design. The ports are cast in the block making porting impossible. Word is that an aftermarket flathead aluminum cylinder heads add zero HP. The only bolt-ons that make better horsepower are two carbs and a header,  I just scored on a Holley 94 on Ebay for $50 shipped. Now all I needs is an Offenhauser duel carb intake, and I am in Flathead heaven. I really want a C4 automatic and a 3.73 rear end. That would make this truck quite drivable on the highway.

So anyways, I put the heads back on without pulling threads. I torqued the heads to 50 pounds instead of 65. I will retorque to 55 after the first heat cycle.   AVW bug holds a head on with 4 studs and 22-foot pounds, so 50-55 will do on a flathead. I also put in new thermostats but had a hard time sealing the left Tstat housing. So, I fat filed it, bead blasted the crack and sealed it with two rounds of $1.99 Harborfreight JB weld. The crack only showed itself when the bolts were tightened, so I sealed it on the inside and also the outside. Then I installed it and put more JB Weld on the less than hairline crack. I ordered new Tstat housings and they will be here next week.

I will drive the campaign truck around this weekend.

It is time to load the truck onto the trailer and do a final push for the nomination. 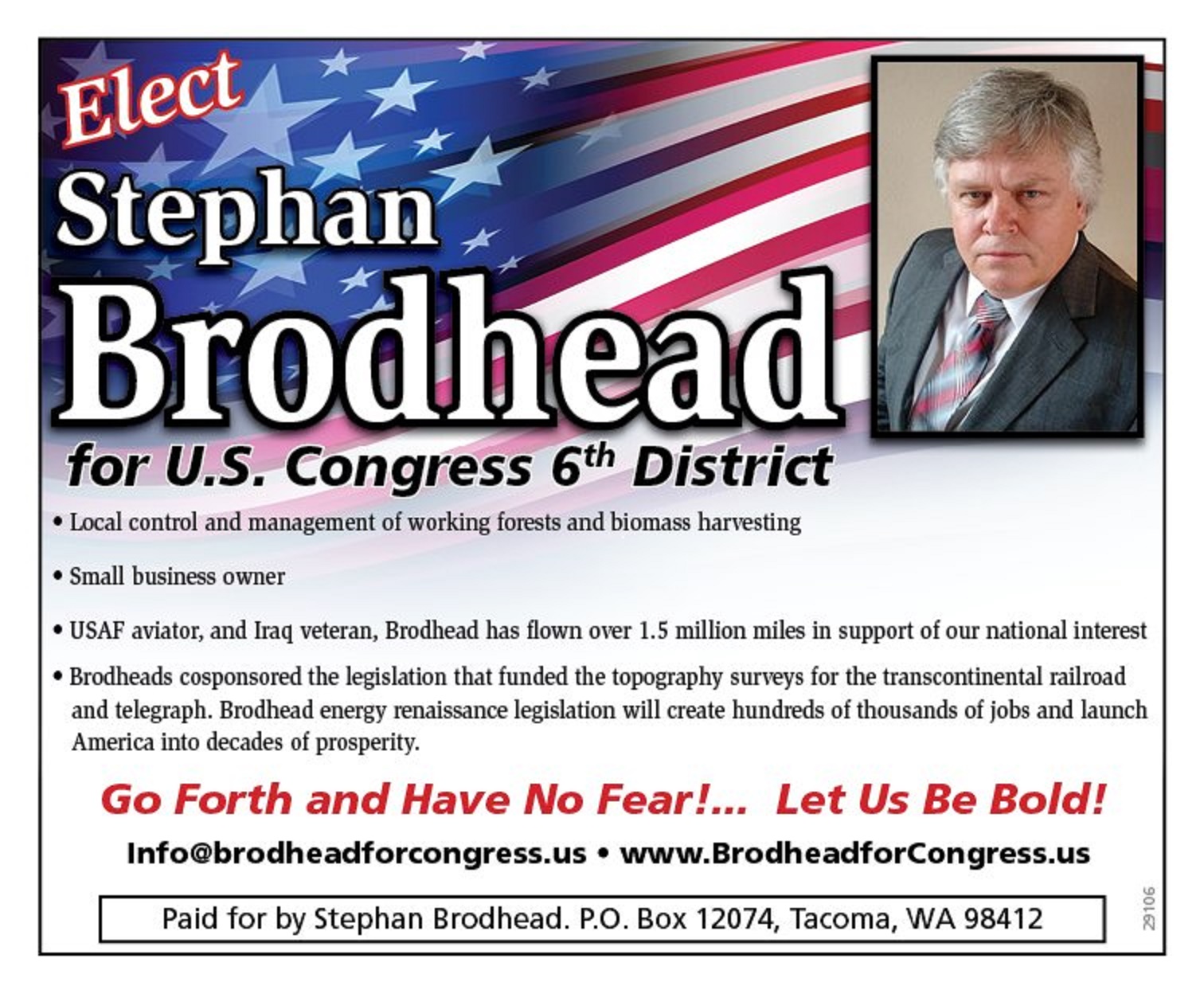 Hopefully Gary Johnson rises in the polls and gets a shot at the debates. If not, then, well, I wont be voting for Hillary….

Bill Kristol has had a really tough year. He watched helplessly as Jeb Bush was hung by his heels in the political square of public opinion in Mussoliniesque fashion. He then watched as every single fear mongering Bush wannabe was rejected in detail by the American people. The final blow to the Bush neocon agenda would be delivered, however, by a Bush family member.  Marvin Bush, like Achilles at the gates of Troy, would thrust his sword clean through the mouth of the Bush dynasty and endorse Gary Johnson.

Now, like the village idiot in Ryan’s daughter, he is limping around looking for a leader that he can give his monkey to. Even adding Mike Pence to the Trump ticket has left Kristol politically uninterested. At this juncture, William Kristol needs therapy. Tell me about your mother.

William is also thinking about the Johnson/ Weld ticket.  He is questioning Weld’s support of the Iraq war etc. He cannot negotiate the chasm between what Gary Johnson stands for and what William Weld believes in. Kristol is attempting to surmise his political choices via some sort of political discipline. The once complex and sophisticated political scientist is now so perplexed that he is in the throws of a full on political crisis.  Soon, smoke will be pouring out of his head. If it makes it easier, Gary Johnson was a successful two-term governor in a state that is 52% Hispanic and majority democrat. Donald Trump is a narcissistic blowhard moron.

The reality is that given the latent effects of open-ended QE, Republicans do not want the executive yet. They should wait until Hillary Clinton is impeached for Clinton Foundation corruption and the stock market shits the bed. This way the economy is blamed on Democrats and paves the way for the next neocon military industrial complex ass kissing orgasm. If the economy tanks under Trump, it will be the kiss of death for the Republican party and accelerate the march to socialism. That is why it is so easy to simply vote for the big Johnson. Just do it. Feel the Johnson. Feel the Johnson in all it’s glory. Bend over and take the big fat anti-war libertarian Johnson like a good little warmongering neocon. The same fella that went after conservative groups is going after Hillary’s “pay to play”  Clinton Foundation corruption.  Even worse for Hillary Clinton, Congresswoman Marsha Blackburn has picked up the scent. This is going to be ugly. I met this woman in 2008 and she does not play around. She has the political demeanor of a pitbull. In fact, she gave me the dirtiest look for no damn reason at all. It was like I was the worst snotty nosed kid in the classroom.  I guess she must be a good judge of character or so she thinks.

Blackburn is going to treat this Clinton corruption event like an MMA fighter treats a cage fight. As it is, Democratic operatives have shielded and insolated Hillary Clinton as long as she has been in politics.  Hillary has never been taken down. The fifth round is starting  and Marsha Blackburn is going for the takedown and then some good old fashioned ground and pound. Once she passes Hillary’s guard, expect a bloody beating and  a rear naked choke out submission just before the bell rings. When  the cage fight ends, Hillary’s political career will be over. She is finished. Blackburn will then be elevated to house speaker or any position she wants.

This was the last person that Hillary Clinton wanted on her tail. OH, my word!!!

Hillary Clinton has basically put Obama’s entire healthcare legacy on the chopping block. If Trump is elected, America can kiss Obamacare goodbye. All Obama will have to show for is a few gay rights, some poddy politics, and $20 trillion in national debt.

Even if Hillary Clinton wins the election, she can still be impeached if she is found to have engaged in corruption while SOS.