The eyes are the windows to the soul, and no more so than with  Demaryius Thomas. In reality, the dude is a simple man and lives his life to a code of honor. Love,  God, family, a roof over his mom’s head and a happy nature is all he wants in life. Well that, and 1500 yards receiving and another Superbowl ring.

We can see it in his eyes. We can see DT giving it his best shot at presenting a smiling demeanor as he becomes a Houston Texan.  All we have to do is look in his eyes to see that he is both hurt and unsure.  It could be that he is sad for the Bronco fans that will watch him gain instant synergy with Deshaun Watson and lay waste to the AFC.  It could be that he already misses his Bronco brothers.  His teammates already miss him and are collecting their thoughts in order to move on. I mean whenever a team loses a gentleman and excellent team member, the absence could become a fixation. Right this minute, the entire Bronco organization is reeling from the DT trade and trying to collect themselves.

If any quarterback can exploit DT in Manningesque fashion, it is Deshaun Watson, arguably the newest hot QB in the league.  I am certain that DT has several more years of solid play now that he is free of the plethora of shitty Denver quarterbacks. Apparently, he was sick of the QB musical chairs and only wanted to commit himself to something real. He wasn’t going to give Keenum time enough to exploit him. He will get his show on the road in Houston. Moreover, he probably has 3 to 4 years of 1200 yard seasons left in him if not more. The bottom line is that Elwood has to make cap space. In addition, DT could not abide the Keenum equation after 2 previous seasons of caca quarterbacks. Chances are great that when free of the Keenum curve, DT kills it.  in fact, I am certain of that.

DT get a good night sleep and realize that you are one of Colorado’s favorite sons. You will always have friends here and a home. Give it your best shot man!!!! Oh and expect a really warm reception from Bronco fans. The likes of which you have never seen before.

Demaryius Thomas is all smiles as he meets with the Houston media for the first time. pic.twitter.com/ZtQ4si3NP7 Governor Brian Sandoval’s two terms as the governor of the Great Silver State ends in less than 90 days.

He ends his time in office carrying the flag of freedom, education and economic opportunity for the future of Nevada’s children.

His legacy of excellence will stand like the U.S.S. Nevada.

Our hats are off for this fine statesman.

Congratulations on 8 years of excellence through times of great economic peril,  natural disaster, human tragedy, and extraordinary economic growth. You ride off into the sunset knowing full well that you left Nevada better off than you found it. Your legacy will stand for generations. 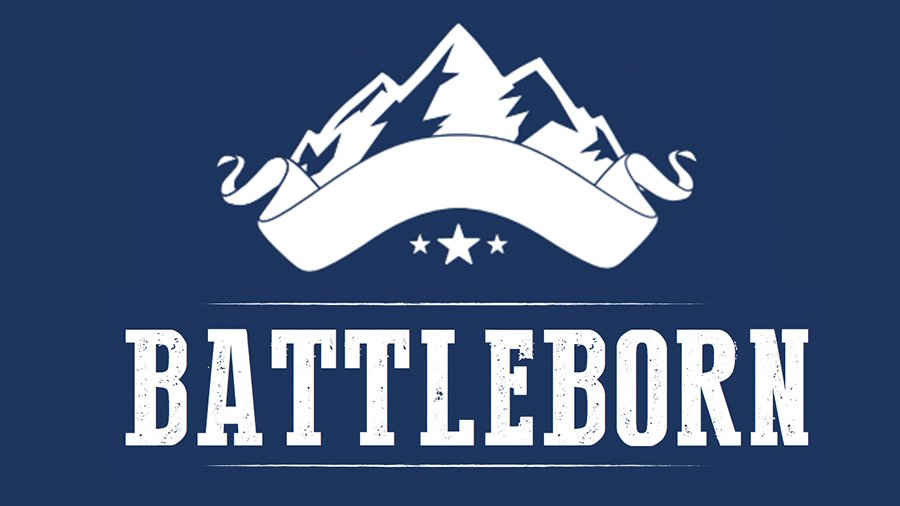 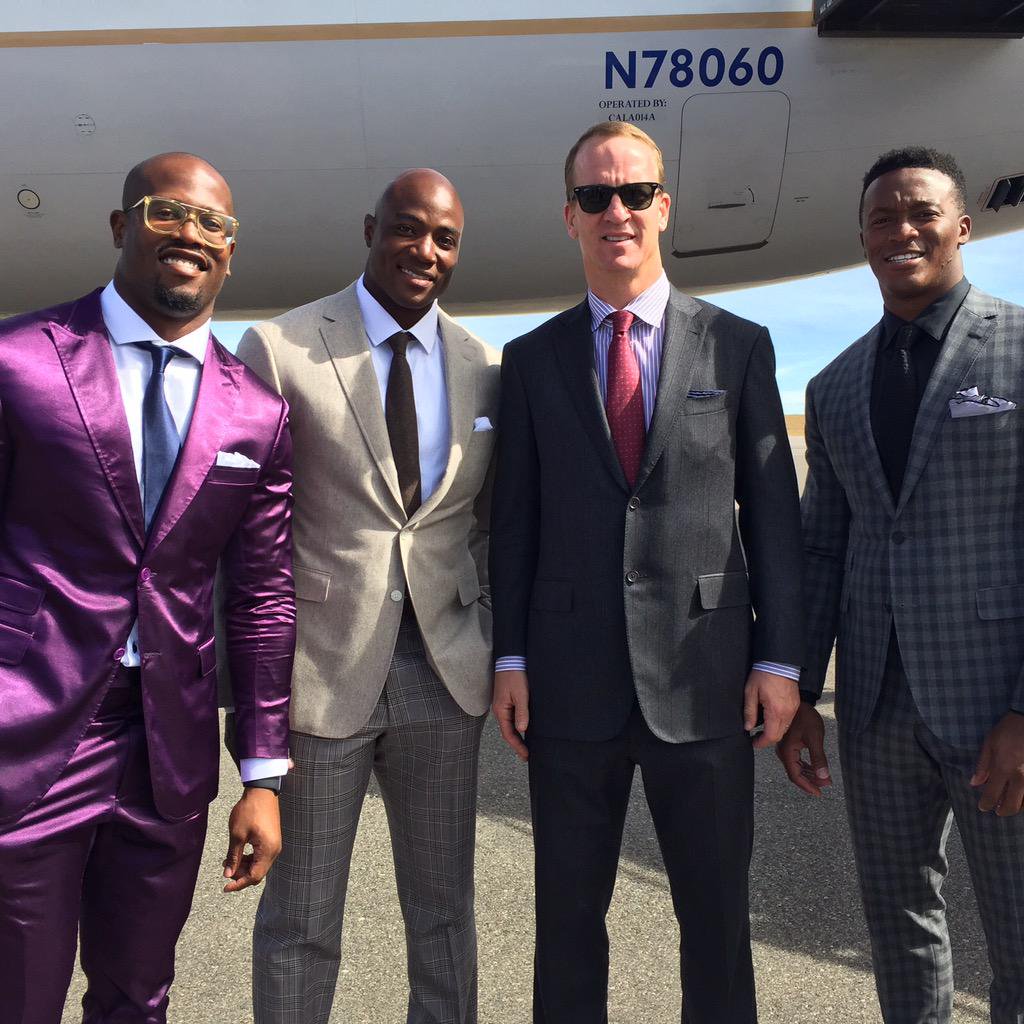 This has got to be heart-wrenching for DT, Elwood and the rest of the Broncos!’ However, their mutual respect and love for one another will get them through this.
Oh yaa, DT will always be a Bronco!!!!!!

He will always be one of Colorado’s favorite sons.

Good luck DT, and thanks for being such a virtuous and lead by example individual. For 9 years you have been an honorable Bronco that stayed the good course.

More Elway on Demaryius: "I told him he will always be a Bronco. I know he wanted to finish his career with the Broncos and that didn't work out, but when he's finished he'll go up in our Ring of Fame." #9sports 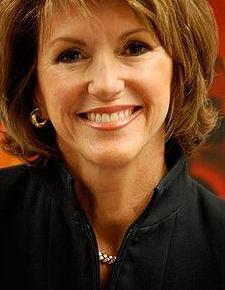 Now get this, Maria Cantwell has held one single townhall in 6 years. Even during an election year, she refuses to debate or conduct town hall meetings. She hasn’t even updated her website in 6 years. Meanwhile,  Susan Hutchison has held 18 town halls all across the State of Washington.

Maria Cantwell is so stuck up that she won’t even talk to the voting public.

Susan Hutchison’s campaign, on the other hand, is  “Alive and Kicking” it all over the state.

My commitment to the treatment of mental health issues is deep and personal. It’s time for America to talk about mental health and make it a high priority! I will champion this issue in the US Senate #waelex #WAsen pic.twitter.com/lVg8EpVujB

Republicans like Susan Hutchison understand that it is a national interest to protect the satellite-based GPS grid. While the non-militarization of space would be politically correct in a liberal nincompoop’s world, it isn’t reality. Our satellite system is required for aviation and maritime traffic management along with military intelligence and guidance.  Intelligence and communications are the first lines of defense. Without them we are blind.

The GPS is the modern day Cavalry. Jeb Stewart was Robert E. Lee’s eyes and ears after reconnaissance missions via horseback. Without this type of intelligence, we get a Gettysburg.

When Susan Hutchison is in the US Senate, she will support the creation of the United States Space Force.

This will be good for the Puget Sounds Arsenal of Democracy.

Susan’s support of the USSF will result in copious jobs and economy in the Seattle and Tacoma area.

The #SpaceForce is part of @POTUS’ vision for reinvigorating American leadership in space. We have to be as dominant in security in space as we are in security here on Earth. pic.twitter.com/NHSuluZOQD

The Broncos have been playing their asses off while adapting to a new quarterback. Every single game we have seen copious progress. Just enough progress so that St. Joseph staves off the professional coaching guillotine.

In a Robespierre fashion, Elwood has basically guillotined players, coaches, and playbooks to facilitate St. Joseph’s survival. He then perpetrated an excellent draft. Elwood has done everything he can to ensure that St. Joseph is successful. The Bronco players have played their hearts out as well. Trading a franchise player to Josh McDaniels would piss a lot of people off and reduce the overall synergy of the Broncos.

As we recall, when Josh McDaniels sent Cutler packing, Bronco fans turned on him. Then again, Josh McDaniels rolled a wrecking ball through the Bronco organization and alienated everyone. I guess “the hated one” was simply too much of a Masshole prick and a shitty coach.

Should St. Joseph trade DT to Patriots and then go 5 and 11 in 2018, the Bronco fans will be screaming for his head. We will erect billboards and such.

I think the only way that St. Joseph keeps his job here in Denver is if he can play .500 football while retaining Demaryius Thomas.

The thought of trading a franchise stud to the Patriots and Josh McDaniels is heinous.  St. Joseph will be forever known as the dude who cut DT and went 10-22 in Denver.

If I am DT, I play my ass off here in Denver and then renegotiate for a 3-year extension at $6 million a year with performance bonuses.

DT can eclipse everyone in receiving yards and catches here in Denver and become an icon or he can go to the Patriots and become just another Bronco. He could fall off a cliff like WR Brandon Marshal or call it quits like Eric Decker. DT could even go the way of Julius Thomas.  From copious receptions to 2 fantasy football points a game. However, knowing McDaniels, DT will come back to Denver as a Patriot and knock Denver out of the playoffs.

As far as St. Joseph, the clock is still ticking. He must focus on playing .500 football and forget about offing a beloved player.

DT has signaled that he is upping his game. He wants to play in Denver. At this juncture we still need stability. The Broncos don’t need an early round draft pick that bad. However, if the Broncos go 5 and 11, they might need a new coach.

It would be a shame if DT went to the Patriots or any other team and be a single season afterthought. It has happened to countless players over and over and over again. The best thing St. Joseph and DT can do is hold their ground here in Denver.

Finger pointing after a really good game at Arrowhead is non-value adding nonsense.

The Bronco D has Andy Reid and Mahomes pretty much figured out.

Compared to 2016 and 2017, the Denver Broncos have made extraordinary leaps and bounds. Gone are the days of 2016 and 2017 when the Bronco Quarterback corps just went through the motions. A time when 3rd down completions were rare. An era when the Denver offense could not score in the second half.  The halftime adjustment was inconsequential and special teams were at a high school level.

Yup, the days of a dozen 3 and outs in a row and  20 QB ratings are simply gone. The black hole crybabies and the trifecta of shitty quarterbacks that kept the Denver D on the field for almost the entire game are gone.

The Kansas City Chiefs barely won at Arrowhead Stadium. The Broncos acquitted themselves very well. In fact, there is no time and no need for finger pointing. The Broncos only made a few mistakes. The rest of the time, they were killing it. So much so, that they have basically figured out Mahomes and how to shut him down.  Next year will be different if we stay the course. Next year, KC becomes our bitches.

It is a good thing that Case Keenum continues to grow and expand his synergy with the Bronco Offense. He makes it very clear that he does not quit ever and never simply goes through the motions. As long as Keenum is in uniform, he is a threat until the final bell rings.

Keenum continues to expand his synergy with DT, Sutton, Patrick, Sanders, Lacosse, and the RB corps. We had to give it a little time. That time is showing it’s fruition. Keenum will grow by more leaps and bounds when he gains familiarity with the AFC West in its entirety. There should be no talk of “Keenusinterruptus.”

At this juncture, I am giving St. Joseph, Woods, Musgrave and Elwood an A-plus rating.  Screw the rest.

DT settle down and stay in Denver.

Elwood needs to let DT stay and eclipse Rod Smith. He deserves it. It would not be good for the team at this juncture. I keep him for 2018 and then ask him to restructure his contract for a three-year extension.

Nice game Book. You are going to role over Houston.

Now let us review some Houston film and get ready to play our traditionally badass football at Milehigh. Let there be rock!!!!

All is well in Broncoville.

Time to subject the remaining of the season to Bronco Law!

It has been stunning to see Gotsis rebound from some legal issues over the summer. The dude has not missed a lick and seems to have come back stronger.

Derek Wolfe continues to simply amazing. After being plagued with some health and injury issues early in his career, he is now heavier, stronger, and more consistent.  Wolfe can have a 330-pound guard in his face yet still be able to grab a QB, flip his wrist and upend his prey.

Domato Peko is a madman on the field in his 14th year as a nose tackle.

That’s all I got this week.

Thanks to a new law signed by President Trump, patients now have the right to know the lowest price for medicines at their local pharmacy. pic.twitter.com/9g2JIkZIEf