Barack Obama and Bill Clinton: No crisis or other people’s tragedies should ever go to waste!

Previous to the Obama administration, presidents basically dealt with federal issues that were worthy of a president’s time. We did not expect our president to react to issues that were beyond his control or could be dealt with at the state and local level. Issues related to crime, and murder, were left to local authorities to sort out. In many cases however, such as Columbine high school or Gabriel Giffords, we expected consolation and reassurance from our president. We expected that this message of consolation be void of political rhetoric. We never expected our president to exploit the deaths of children to attack our 2nd amendment rights.

Obama has elevated the tragedy of the individual to a fund raising event.

Bill Clinton linked a tweet on Twitter  concerning Mario Cuomo’s death to a Clinton Foundation fundraising site.  Who sends a twitter  condolence to a grieving family with a donation link attached?

As we recall, it was during the 2008 presidential elections when Barack Obama’s grandmother passed away. We remember how Barack Obama took time out of a rigorous campaign schedule to visit her. We encouraged and supported the dedication to family. It was the right thing to do. It was a good and loving thing to do.

Of course, in the fall of 2008, given the economy tanking from all the mortgage defaults and derivatives, the Democrat mantra then became “No Crisis should go to waste”! The “Yellow press” then pushed the idea that a fresh one term senator with zero small business experience could fix the economy.  Now with $10 trillion in added Obama national debt, stagnant wages,  Open-ended QE, serial $1 trillion deficits, massive student loans, stagnate employment, and a federally subsidized stock market, we know this to be a fallacy. Sadly only 1/3 of baby boomer attrition jobs are being replaced.  Meaning, for every 300,000 lost  boomer jobs , an average of 100,000 new jobs per month are being created.

The penchant for exploiting crisis became selecting and harvesting  other people’s tragedies for political gain. We saw this when Barack Obama paraded Teddy Kennedy around the Senate chamber as a poster boy for Obamacare. We saw this when the Democratic Party and the Yellow press sought to link the Gabriel Giffords shooting to the Tea Party. We saw how the death of the young Tucson girl who was born on 9/11 was exploited for political gain.

We listened as Janet Napolitano suggested that  all returning Iraq veterans were Timothy McVeigh style terrorist that demanded watching while 22 Iraq veterans a day commit suicide.

We suffered through Democrats calling  the Republican party “the old white racist party”! Moreover, according to Obama’s Democratic party, 70% of Americans are borderline white supremacists. Their behavior would also suggest that they feel that all white cops are racists with a license to kill.

It then seemed that ‘No crisis should go to waste” was elevated to “Race baiting” for the purpose of harvesting free national press and free televised fund raising.  Americans were exposed to this “Racial button pushing” during the “Beer Summit” with Harvard Professor Henry Louis Gates Jr. and Cambridge police Sgt. Jim Crowley. The Beer Summit has  devolved into  a social gathering, rioting and looting small business for NIKEs, I pads and flat screen TVs..

Of course Barack Obama nationally televised his thoughts on the Trayvon Martin tragedy before all the facts had been analyzed. They were quick to elevate Zimmerman to a white racists even though he is a card carrying Hispanic Democrat that voted for Obama.  In fact, Barack Obama’s rush to judgment on the Martin /Zimmerman event, is  strikingly similar to his rush to judgment on the Gates/Crowley event. I guess it is “Cry racism first and sort it out later”!  Obama solidified this trend when he sided with Michael Brown over a police officer in Ferguson who was assaulted in his own patrol car. Obama. Eric Holder, and Al Sharpton would have looked the other way had Michael Brown succeeded in taking Wilson’s gun and killing the officer.

With this trend in mind, it seems that any tragedy or perceived racial injustice is immediately elevated and harvested for political gain. Because the Martin/Zimmerman event happened in Florida, and because it could be perceived as racially motivated, Barack Obama acted on this intelligence. He saw the Florida Electoral College first, and “Free press” and a free nationally televised racial button pushing fund raiser second. Next and in response to Jeb Bush’s ” Actively seeking announcement,” Obama chummed the Cuban political waters by kissing Castro ass. Of course Rand Paul and Hillary Clinton took the bait hook, line, and sinker. So, in order to win the Florida voter, Obama has regressed to race baiting and siding with dictators? This is quite obtuse.

This is not about Trayvon Martin getting shot, or Cuba’s liberty; it is about race baiting, emotional manipulation, and harvesting free press for fund raising. Of course Obama’s race baiting  domestic agenda  now includes Al Sharpton as point man.  The new paradigm put forth by old Al and Barack suggests that policemen should not have the right to defend themselves when confronted by any black man pointing a 9mm. If the person is white, Hispanic or Asian it is politically ok  for a police officer to shoot them in self defense.

Al Sharpton owes $4.3 million to the IRS, while the IRS attacks conservative groups?   It seems Al Sharpton has chosen the ghetto of media race baiting over Martin Luther King’s content of character. Al Sharpton prefers the gutter of the “Yellow press” over the view from Martin Luther Kings  mountain top.  Al Sharpton seeks to chain the black man to the loom of alienation in order to feed his own narcissistic personality disorder agenda.

There are approximately 17,000 murders a year in the USA.  That’s about 45 to 50 homicides a day. Most of these homicides involve Black American on Black American violence, but instead of elevating this tragedy to the national stage, Democrats  prefer to push the racial button instead.  When a  white girl is killed by blacks and stuffed in a trash can, Obama looks the other way. When a general is killed in Afghanistan, Obama looks the other way.  When two police cops with families are executed in New York, Obama says nothing and Al Sharpton is silent.

We were promised   “line by line”, “Transparency”, and a “New era of responsibility”, instead, we get $10 trillion in more national debt by January 2016, an inept foreign policy, and a widening racial divide. This was the change? For 6 years now, Obama and his racial button pushing cronies have exploited racial division. Obama’s domestic agenda has become a commiseration session with Al Sharpton. Obama foreign policy failures are second to only George Bush’s

The question is? Will Hillary Clinton continue this ridiculous trend. If Bill Clinton will link a fundraising site to a Twitter condolence relating to Mario Cuomo’s passing, the Clinton’s will resort to anything. I guess they will seek to exploit the tragedy of the Obama presidency for political gain. That is after Chelsea passes the hat at Mario Cuomo’s funeral. RIP Mr. Cuomo 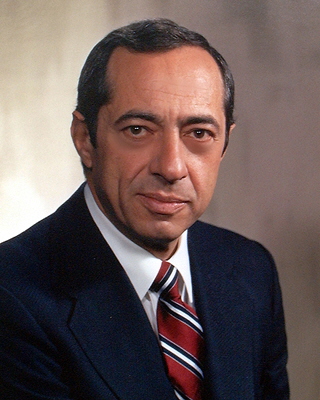