Hillary Clinton could be accused of dropping the ball in Benghazi. The security protocols at the Benghazi embassy were inept which resulted in the deaths of four American patriots. Having said that, Hillary Clinton stood in front of Congress and the nation and took full responsibility. While her “What difference does it make”  was a bit inappropriate, she did accept responsibility for Ambassador Steven’s death. Bill lied about a blow job in the Whitehouse. Hillary took responsibility for Benghazi. George Bush lied to the American people about the NSA.

On the morning of 9/12/2001, I was on one of  only a handful of  military aircraft over the skies of the entire United States. We watched as the sun came up over the Eastern seaboard. We also saw the smoke from the collapsed twin towers from 100 miles and 35,000 feet. We were hauling FEMA assets and rescue dogs to McGuire AFB.

I was 41 years old and subjective. Just like Hillary Clinton was subjective concerning her vote for the Iraq war. In fact, all of America for the most part was subjective.

I thought the Palestinians were the cause of the 911 tragedy. I had stayed at the Kobar towers in Saudi Arabia in support of Southern watch missions. I did not realize that the Saudi Muslims wanted American bases out of Mecca so bad that they would bomb the world trade center to get our attention. The reason the towers were attacked was because America had bases in Saudi Arabia. Bush exploited 911 for the purpose of starting and maintaining unnecessary war.  LBJ used Tonkin to start a war in Vietnam. Bush used 911 to attack an innocent nation. Americans are now objective and we see how George Bush and Dick Cheney manipulated and exploited 911 for special interest. We are objective and now see how the Bush Doctrine destabilized the Middle East and enabled the rise of ISIS. The Bush Doctrine was an expensive and utterly useless endeavor.

George Bush turned the tragedy of 911 into a massive pay day for America’s military industrial complex. Iraq had nothing to do with 911 and was being successfully contained with  sanctions and Northern and Southern no fly zones. They were not a threat to our national security. So, if Iraq with a massive army and billions in oil revenue was not a threat to our national security, how could ISIS be? Unless of course they walk across our insecure southern border. Anyways, George Bush’s wars of choice will end up costing the American tax payer dearly. Some have the costs as high as $6 trillion. Currently there is a VA back log of close to a million claims.

Hillary Clinton did not lie about Benghazi. George Bush on the other hand lied repeatedly to the American people concerning “The Program”, “Prism” and “the Patriot Act!”  George Bush lied straight to our faces while General Hayden and his KGB Orwellians absconded our 4th amendment rights. He lied to our faces while the Federal government put the entire American continent and most of the world under surveillance. George Bush created a massive KGB style bureaucracy that will sift through everything we do or say on the  internet  and telephone.  Nixon wiretapped Watergate. Bush wiretapped us all. Because of George Bush, America is one step closer to a Orwellian police state. As it is, the Bush family used 911 to attack an innocent country and then took America’s right to privacy. Low and behold, Barack Hussein Obama continued all of George Bush’s programs.

George Bush engaged this nation in unnecessary wars and almost bankrupted America. He took our 4th Amendment rights and then lied to our faces.  Now his brother wants to be president? 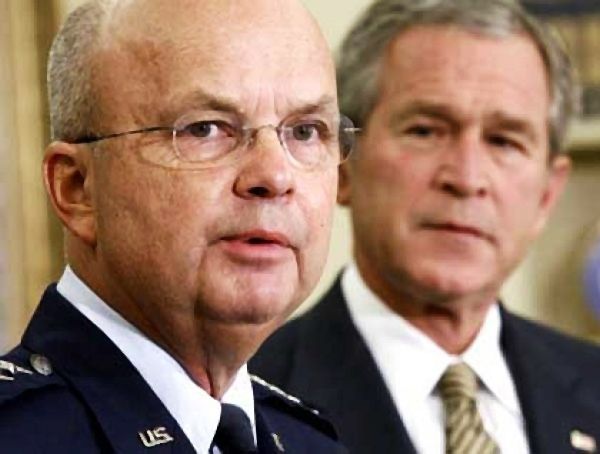