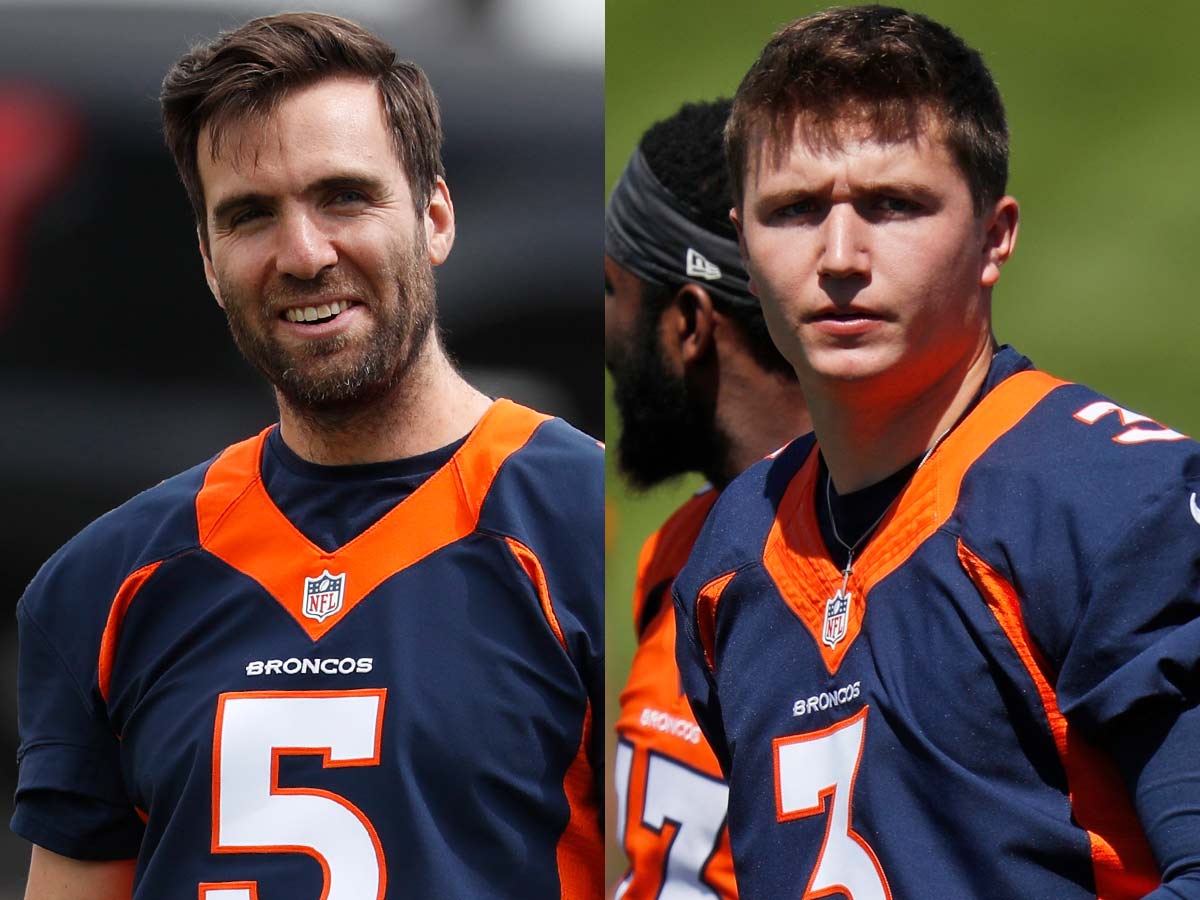 It seems that Drew Lock’s thumb issue was just interference. The dude was busy learning the playbook and honing his skills, while Big Joe Flacco showed us there was a reason why Lamar Jackson took his place. The locker room folks are taught to never say disparaging things about a QB or another player. They then hit the field and their play basically tells the story. Under Joe Flacco, the Broncos played like they were attending a funeral after the game. With Drew Lock, they are giddy as school girls and rise to another level. Some of us were thinking playoffs, but that wont happen this year.

I tell you those hot wings tasted mighty fine when Lock throws the ball or runs for the chains. Mighty fine!!!!

What we will get to see, however, is a Lock/ Mahomes shoot out and John Gruden getting his ass handed to him. Then there is Detroit. The last 3 games of the season are quite winnable. The Denver D has Mahomes figured out. They just have to show up. Per Mark Kizla, the KC D is soft. All the Denver offense has to do is go for the throat. Lets get this done shall we?

Drew Lock has made me forget about Joe Burrow. It is time for Drew Lock to elevate the Broncos to .500 football.

Joe Flacco, the QB that once said he was the best QB in the NFL, has now lost his starting job to yet another rookie QB. Of course, if Rahim Moore had not allowed a touch down on a hail marry pass, The Ravens would never have gone to the Superbowl. Instead of being the NFL’s best QB, Joe Flacco has continued a trend of extremely average play since 2012. Mark Klis detailed this reality, but then became pathologically congenial for a free steak at Elwoods.

The trend for Flacco’s below average play would continue when he came to Denver. Of course, since 2012, Manning, Brady, and a whole slew of quarterbacks made Joe Flacco look like a resigned practice squad QB. It seems that Flacco was more ego and bloated self concept than a gamer. In reality, he was a game manager with an arm. So much for being the best QB in the NFL.

Elwood hedged his bet when he picked up Drew Lock. We expected that Flacco would be the second coming on Manning and Drew lock would struggle. Of course, Joe said it was not his job to mentor a rookie. Well, it seems that the rookie has now taken Joe’s job without Joe’s help. Drew Lock did not need Joe Flacco’s mentorship. Bronco fans do not need him either.

I am fairly certain that Elwood finally got it right with Drew Lock. Sorry Joe, but the Rahim Moore thing let you slip through the cracks. Do not let the door hit you in the ass on your way out of Denver. Might as well give your 20 day notice to the landlord….