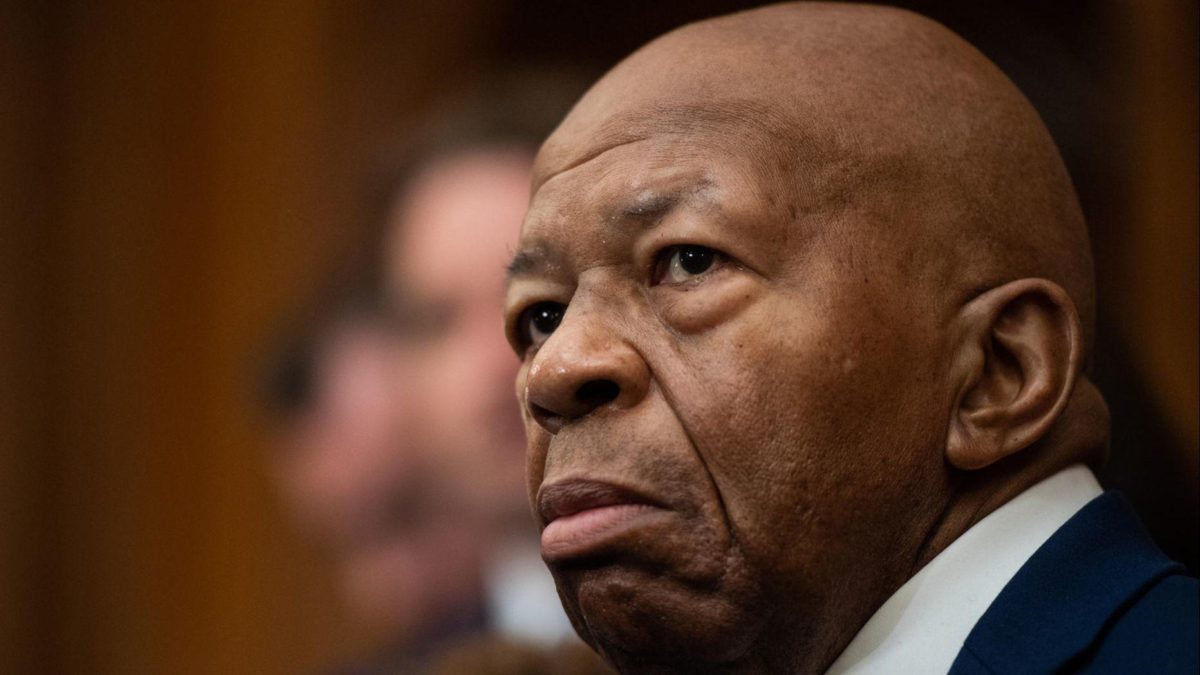 Elijah Cummings as the chairman of the Oversight Committee is a laughable embarrassment to the country.

Democrats cling to their commiserative collusion BS, racist labeling, infanticide, socialist free shit, the sky is falling, LGBT indoctrination , and open borders agenda. That is all they have to offer while Donald Trump creates millions of jobs and black unemployment is at the lowest levels in history.

Listening to Elijah Cummings and his horrendously biased,conniving, and politically inept diarrhea of the mouth is getting old as hell. Cummings has twisted the truth so many times on national TV that he is simply looked upon as a low intelligence laughable liar. In fact, Cummings is so ridden with biased contempt that he cannot be taken seriously. The reality is that Elijah Cummings should be censured because he does not actually seek truth and abuses his authority. He only uses his chairmanship of the Oversight Committee to conduct either political hit-jobs or to protect criminals. He is just a zero ethics worthless Congressman barking dog for the liberal left. If the biased nincompoop was altruistic, he would want to see the roles Obama, Lynch and Clinton played in the surveillance of Donald Trump. He would want to see how several government entities used tax payer assets to spy on a presidential candidate. Instead Cummings is beating the dead horse Mueller report. The Democrats strategy is to ride the Mueller report like a miner’s jackass through the 2020 elections while running interference for Obama, and Clinton and their heinous roles in “SPYGATE”

The Democratic Socialist party are in the fight of their lives. After winning back the House in 2018, their first 100 days under Nancy Pelosi has been a grotesque failure.

Donald Trump is not a threat to our democracy. He is fighting for our rights. Elijah Cummings is running interference for heinous levels of Democrat corruption. When the truth comes out by 2020, the Democrats will endure a Nixonian/Watergate voter backlash and lose the House and several Senate seats because of Obama’s Spygate. In an attempt to avoid the slaughter they are running a Susan Rice style Benghazi cover up propaganda campaign. They will not give up the collusion idiocy until the voters take the playbook from their cold dead political fingers.

Americans cannot believe a single word that comes out of Cummings’s lying and conniving politically biased mouth. He is a worthless politician that engages in obstruction of justice and twists the truth to meet his party’s objectives.

There was no Russian collusion. There was no obstruction of justice. There was however, illegal surveillance of a Republican presidential candidate by rogue entities in the Federal government during the Obama administration. Democrats are fighting to suppress illegal activity that makes Watergate look like a parking ticket.

Elijah Cummings is a partisan hack joke with zero credibility. He should just resign. In fact, Elijah Cummings should be forced from the chairmanship of the House Oversight Committee and censured for his role in the Russian Collusion and SPYGATE cover-up campaign. The fella brings dishonor and biased corruption to the House that Brodheads built.

Hey Elijah, was Eric Holder or Loretta Lynch the people’s lawyer, or were they corrupt ? Did Loretta Lynch engage in SPYGATE? Did she meet with Bill Clinton on the tarmac to discuss knitting? You are a hypocrite and a fraud.