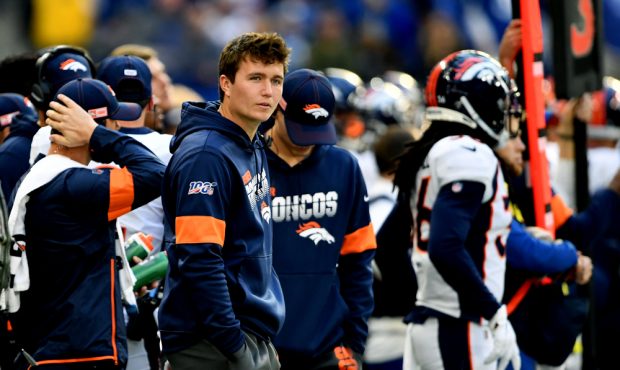 The post Manning era in Denver has been quite difficult to endure. It then became excruciating to watch the Elwood shitty quarterback marry go round. It was a thing of beauty from injury prone Trevor to the ADD druggy boy known as “Swag!” Watching Elwood’s hand selected trifecta of shitty quarterbacks was simply glorious. Trevor Siemian, Brock Osweiler and Paxton Lynch were the envy of the NFL. 3rd down conversions were almost non existent, and scoring in the 2nd half was as rare as an electable Democratic presidential candidate. The Denver D-line was forced to stay on the field for almost the entire game. It was like running a horse to death. It was like sucking the motivational core out of every single Denver D-line player on the team. The opposite and inverse of an exorcism on the field.

Elwood would play a quarterback a few games to see if they could even drive down the field. He would move on to the next shitty QB. Elwood’s QB selection process was like a methhead tweaker at a grocery store.

Elwood would then give us Case Keenum. He would be leaps and bounds better than the three stooges. He scrapped for all he was worth, but that was not good enough for the Elwood. He was not Elwood’s preferred 6 foot 7 troglodyte. He did not fit the Elwood Manning mold. Elwood coddled Paxton Lynch. Elwood then gave Case Keenum one single year, before defaulting to another tall dude. Flacco would be no Manning. In fact, Flacco might not even be worthy of a back up position in the NFL.

Elwood would trade in Case Keenum for Joe Flacco at twice the cost. We thought Big Joe would be better than Case Keenum, but he wasn’t. Flacco had huge arm, but inevitably, he looked like Paxton Lynch minus the sobbing. Flacco would prove beyond a shadow of a doubt that he sucks. Of course it would cost Elwood $10 million to find out what everyone else knew already. Meanwhile, Lamar Jackson is a freak.

Play damn Drew Lock for the rest of the season and let him ride the Thunder.

Elwood likes to destroy solid talent by letting them ride the bench and playing head games. Dude we are sick of it.

Play the Lockster and just kick back for awhile… WTF!!!!!!

Oh and “Good bye Big Joe !” The sands of the football hour glass have ran out for you…. Take your utter millions, hug your wife, and copious beautiful children and Flacco off!!!