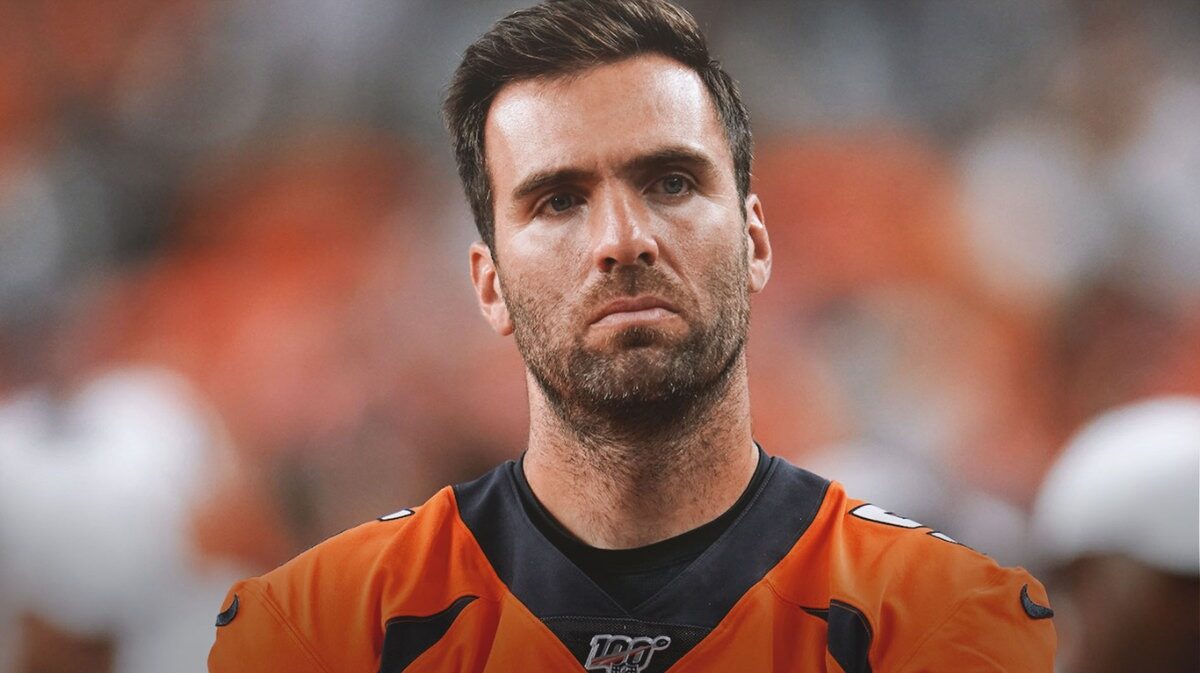 I pretty much stayed away from blogging about Joe Flacco and his coming to Denver. I pretty much wanted him to succeed for the good of the Broncos and the Front Range. Previously, I had blogged about Trevor Siemian and the trifecta of shitty quarterbacks in Denver. In the end, I basically felt like a blogging ” Dracula” sucking the life out of people.

Trevor Siemian came on like gangbusters after Peyton Manning road off into the sunset with his long neck and his football helmet manufactured forehead silhouetted against the light. He would ride off on Thunder in all the glory. Thunder would rear up, whinny and then roar off into the distance with “the Sheriff” high in the saddle. There would be no thoughts of Rex Grossman or being traded off by Indy. The disciplined hall of famer would check a 2nd Superbowl off of his bucket list and settle into stupid commercials and watching Tom Brady.

Trevor Siemian would eventually be no Peyton Manning or even Kyle Orton, for that matter. The boy gave it his best shot and he was at the precipice. Ultimately, the injury prone dude would be sent off packing even though he was an inexpensive option to keep around. Elwood would elect to spend millions on Case Keenum.

The list of Post Manning Elwood quarterback selections is long and inconsequential. For several seasons, Bronco fans have been treated to one irritatingly shitty quarterback to the next. Many of his selections made Josh McDaniels and Kyle Orton look like hall of famers.

Case Keenum would play his heart out and looked salvageable. Instead, Elwood would opt for Joe Flacco at double the cost of Case Keenum. If we tally all the money that Elwood spent on quarterbacks since Peyton Manning, the bill would be simply atrocious. In addition, if Elwood did not own Denver, the fans would acknowledge that John Elway does not know a good quarterback from his ass on the toilette.

In the mean time, the once dominate Denver D-line has exhausted itself. Of course, the trend would continue with Joe Flacco at the helm.

At this juncture, Joe Flacco should either quit football or void his contract with the Denver Broncos. In reality, Joe Flacco seems to have only wanted the money and it shows. His acquisition by Elwood is more of a ripoff than when Osweiler went to Houston. Osweiler went to the playoffs. Flacco sucks. Osweiler gave it his best shot. Flacco is going through the motions just for the last of the money it seems.

Flacco has made millions. However, the fire is gone. Flacco should use the neck injury to extricate himself from football and save his legacy. He has been to Disneyland.

Lastly, Elwood screwed up when he let Bill Musgrave go. Musgrave was on his way to burying the Kubiak malaise. Instead, he picks up an offensive coordinator from a really shitty 49ers team the previous season. The jury is still out on Fangio because we feel sorry for him. I guess the Italian style O on his last name precludes his being on the Josh McDaniels/ Saint Jospeh performance report scale. At 2 and 6, he is immune it seems. Then again, Elwood selects new revolving door coaching personnel every other year. Sanders saw the writing on the wall and left. 49ers get a premium clutch receiver. Broncos get Scangarello and plays up the middle when the box is stacked. Scangarello sucks.

The question is who is the epicenter of suckdom, Scangarello or Flacco or both? To be fair to Flacco, Elwood needs to shit can Scangarello and call up Bill Musgrave. Then, if Flacco still sucks the jury is out. Of course, Joe Flacco needs to ask himself if his millions of dollars and his beautiful family are enough to sustain him. Plummer bailed and never looked back. Is it time for Flacco to bail?

As far as Elwood, the shitty quarterback musical chairs continues. Oh my word.

Say what is Tim Tebow or Kyle Sloter up to these days?