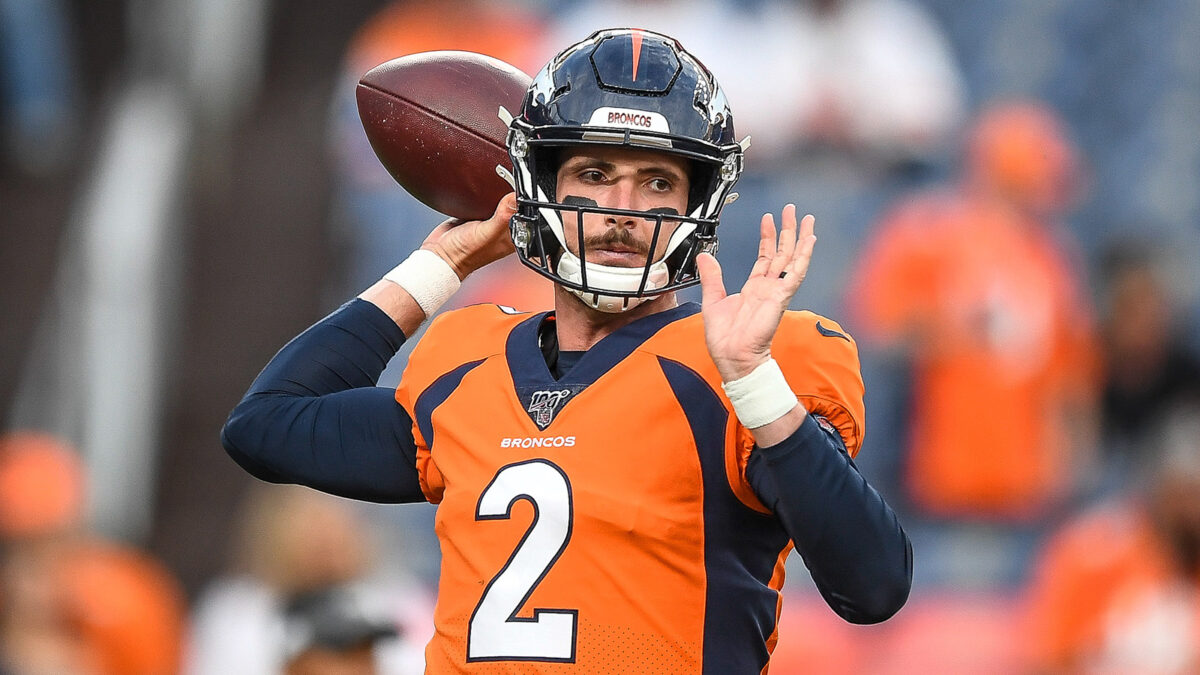 He paced the sidelines with his cell phone stuck to his ear as Brandon Allen did not go 3 and out. Instead, the QB that had never taken a snap during a single NFL game made Joe Flacco look like an un-drafted preseason QB that was cut early from the 53 man roster. Elwood had pulled a no-name quarterback out of his ass it seemed. Everyone expected a less than Lynch QB performance, but it was different this time. In the luxury box, Elwood was spitting sunflower seeds and engaging visions of the playoffs. Meanwhile, all the AFC west teams won. San Diego would squash Green bay.

Joe Flacco’s short lived legacy in Denver would be buried by a passed around QB with zero experience as an NFL QB in regular season.

Joe Flacco’s performance as an $18 million QB did not even rate as Osweileresque. In fact Joe Flacco made us forget about Osweiler’s Houston contract. Flacco would assume the mantle of the biggest QB ripoff in Denver history. The Flacco preeminence would vanish in Denver’s thin air.

Then again, Brandon Allen’s play could be an aberration. He could just be a Paxton Lynch look a like that got lucky. Either way, he inspired the team and played better football than Joe Flacco did all year.

It is now clear why the Ravens traded away Joe Flacco. The smoke has cleared. In lieu of rising to Elwood’s crossed fingered expectations, Joe Flacco continued the swirl of the Raven’s toilette flush. Flacco would not bail out Elwood like Peyton Manning did.

Joe Flacco is done in Denver.