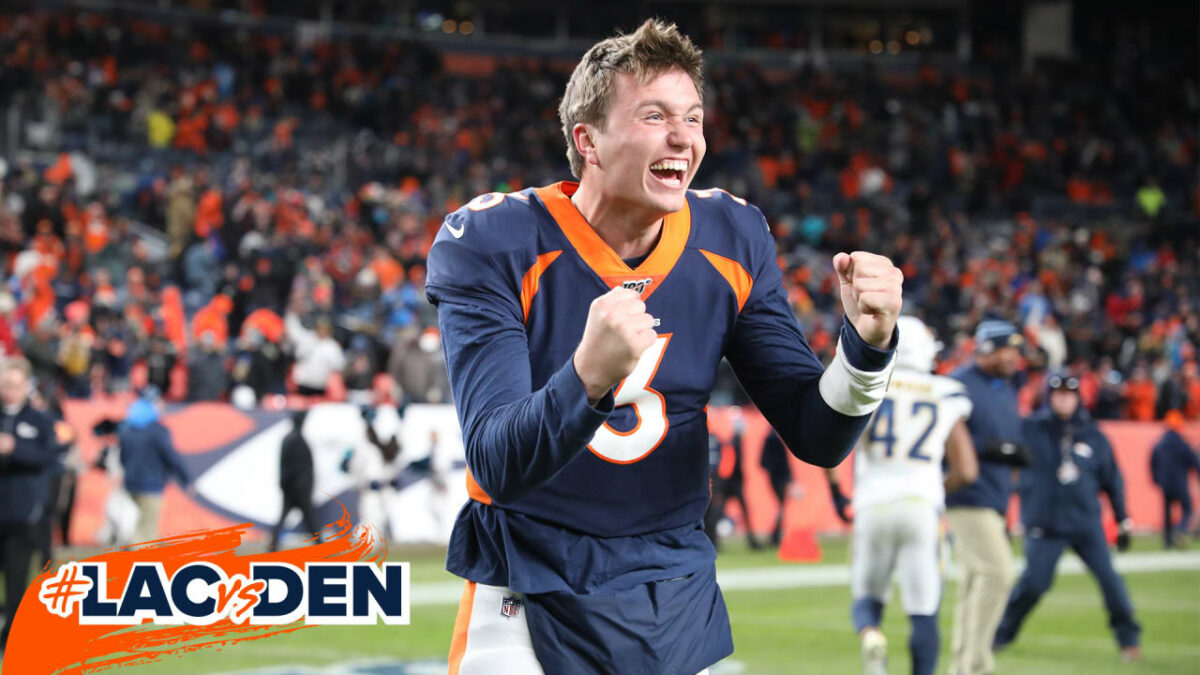 The Broncos do not miss Emmanuel Sanders or Demaryius Thomas. The once formidable duo and pride of the Denver Broncos receiving corps are statistically shitting the bed elsewhere. We do not miss single dimension Joe Flacco either.

Courtland Sutton and Drew Lock made us forget the last vestiges and malaise that has consumed the Post Manning era. If Drew Lock’s enthusiasm and smiles are any indication, things are finally looking up in Denver. I even felt a dormant Tebow era dopamine rush while watching Drew Lock get it on. .

Drew Lock can scramble like a hybrid of Jake Plummer and John Elway. He does not let the pocket collapse on him and seems to have those Elwood style” eyes in the back of his head.” He seems to be able to read the field while at a full gallop as well. Dudes a stud.

With Joe Flacco, we got an immobile quarterback that was in the throes of NFL death. Sure, another team might try and pick him up after Elwood shows him the door. He might even make it another year in the NFL. Somewhere else.

Drew Lock would give ol Joe a nice slap on the ass for good luck. It was the ass slap heard around the NFL.

It took only one game for Drew Lock to bury both Brandon Allen and Joe Flacco. He replaced Elwood’s preferred mundane pocket passer with multi dimensional gamesmanship. Hmmm, that Kansas City Chief QB isn’t looking so tough now. See ya later “Ironman Rivers.” You made an excellent run.

Elwood is going to play Drew Lock the rest of the season and Drew Lock will deliver.

We saw a different Bronco team this last Sunday. We saw some guys actually having fun and getting the job done….

We saw a happy go lucky Drew Lock and he made us feel good.

So much for the Joe Flacco and his beady eyed “deer in the head lights look!” I guess Empower field did not empower the Flacmeister.