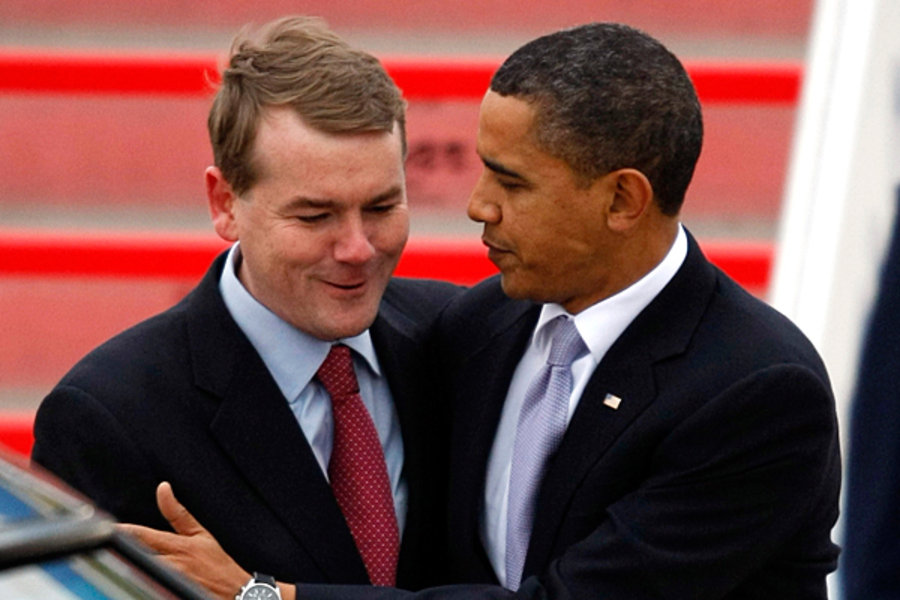 So, in Michael Bennet’s bizarro world, Donald Trump is a divider?

Per Judicial Watch, Barack Obama was all in as it relates to Spygate. This is the first president to use the FBI, CIA, NSA, and Prizm to spy on a presidential campaign. The Democrats would use the Steele dossier to violate the 4th Amendment. The Democrats in Congress would push the lie for 2 1/2 years. Then when the Mueller report is totally dissected and there was zero evidence that proved Trump/Russia collusion, the Democrats still start impeachment proceedings against Trump.

The Democrats have exploited “No tragedy should go to waste” for 10 years now. Barack Obama exploited “other people’s tragedies” to place blame on Republicans. Hillary Clinton encouraged riots in Baltimore in the same week as she declared her 2016 presidential run. For over 10 years, Democrats and the liberal yellow press have been stoking division. Barack Obama divided the FBI, NSA, CIA and DOJ along partisan lines. He elevated folks that would willingly defile our Constitutional and violate the 4th Amendment. If Trump used the FBI, CIA, NSA, and the DOJ to spy on presidential candidates, he would be going to jail.

The Democratic Socialists must divide and corral their constituency during every election cycle. Today, they will probably get most of the black vote and LGBT vote, as well as the socialist deadbeat vote. However, they are fighting for the Hispanic vote. Today, legal Hispanics are seeing the highest employment rate in history. In addition, they are keeping much more of their earnings via Trump’s “Standard deduction”. The lower MAGI is making healthcare exchange policy costs much more affordable for Hispanics as well. So, under Trump, if you are a legal Hispanic, you are working, you have a couple grand more a year in your pocket , and you have extremely inexpensive health care for the family. In Michael Bennet’s Colorado, Hispanics are hard working capitalist that are employed, empowered, and actively seeking home ownership. They are very comfortable with the Trump economy and could care less about South American or Venezuelan style socialism.

The Democratic Socialists offer division, higher taxation, enviro-fascism, economic fascism, and Cuban style socialism for your children. Of course, under Democratic Socialism, the economy will collapse, and there will be a run on the stock market. All the bloated Trump 401Ks will dissolve and 80 million people will be living on social security with zero COLAs. The large revenue streams related to the strong Trump economy will become $3 trillion dollar defecits, and a “Great Depression”!

The Dayton shooter was an Antifa wannabe. The El Paso shooter adhered to every single Democratic Socialist platform issue. He is a self loathing mad man that perpetrated murder on his own accord. Republicans believe in “free will and determinism.” Democrats feel that people are basically sheep and are receptive to social environment and conditioning. While, this argument has merit in cities that are subject to institutionalized racism like Baltimore, all the Democratic Socialists offer are freebies, race baiting, and commiseration. In lieu of role-modelship that helps people better life chances, , the Democratic Socialists are simply race baiting merchants tending the flock. That is why the Democratic Socialists and the liberal yellow press constantly feed soft in the head liberals a steady diet of bizzaro propaganda.

Nobody blamed Obama when James Holmes murdered people in an Aurora theater, however, today, the Democratic Socialists will blame Trump for a shooting in New Zealand. Then there is the old and incontinent Al Sharpton who makes a career out of racial division and hate whitey!

Sorry, Bennet , but the Democratic Socialists are the party of division. They seek to corral people like they are cattle by offering carrots, cash, and mass commiseration.

Lastly, both Hickenlooper and Michael Bennet are polling at just above zero. This strongly suggests that they have zero mandate. Hence, they cannot tell anyone what Colorado or the nation wants or does not want. In fact, nobody cares what they have to say. Going further, nobody believes their race baiting analogies that only serve to divide the country. They only represent bizzaro propaganda that defies reality. Nobody cares….

The ship has sailed on Bennet and Hickenlooper. Time to jump ship and swim back to the shores of reality.