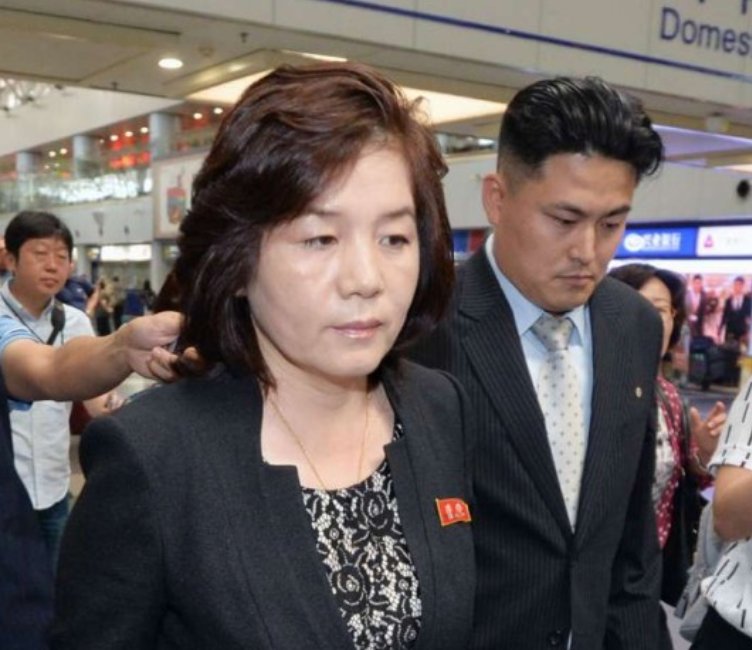 Choe Son Hui, a vice-minister in the North Korean Foreign Ministry, said if the US continued on its current path, she would suggest to North Korea‘s leadership that they reconsider the planned summit between President Donald Trump and North Korean leader Kim Jong Un.
“Whether the US will meet us at a meeting room or encounter us at nuclear-to-nuclear showdown is entirely dependent upon the decision and behavior of the United States,” Choe said in comments carried by North Korea’s state-run KCNA news agency Thursday.
Kim Jong Un is now hiding behind the caustic words of one of his foreign minister vice bitches.
It is clear that the China sanctions are working.
The North Koreans want to cut a deal but want everything handed to them on a platter before they do anything Even then, we do not know if Kim Jong Un will give up his nuclear weapons.
At this juncture, Donald Trump needs to put the North Koreans off for a year.
Choe Son Hui should simply shut her kimchee stinking mouth.
Choe Son Hui should know that one single B-52 or Virginian class attack sub could lay waste to their communist petri dish shithole. She should understand that should Kim Jong Fat ass every launch a nuclear weapon, the USA will simply kill off the entire population of their country.
I say blow off the talks and turn the screws on this nasty talking communist regime..The North Koreans treat their people like shit. They also treat the rest of the world like shit. They are a country of mentally disturbed communist despots. The North Korean high command and all its cronies need to be put out of their misery. They are incompatible with the rest of the world.  They are insane. They are like mad dogs that need a bullet in their brains so the North Korean people can be free.
It is clear that the China sanctions are having a devastating effect on the North Korean power structure.
Given how nasty this Choe Son Hui talks, the USA must consider calling the deal off completely.
Lastly, there will come a time when the North Koreans will deploy their liquid fueled nuclear bullshit and we will have no choice but to take it out on the launching pad.  So, Choe run your stupid mouth…..