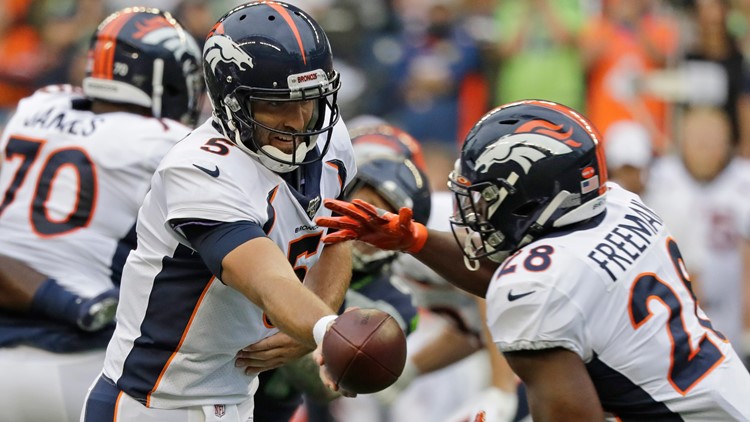 It took Jay Cutler several years to finally exact some sort of revenge on the Denver Broncos. He finally beat St. Joseph’s mentally depleted 6 and 10 Broncos team at the end of his career in the NFL. Paxton lynch would exact a load of revenge against Elwood during his first preseason game as a Seahawk. Enough said. Who cares?

Fangio actually uses preseason to evaluate players. he actually gives players the opportunity to prove themselves.

Elwood’s D line is back and they are pissed off.

The Denver offensive line has made extreme gains over last year. “The Munchack line” is formidable. It was also quite obvious that Noah Fant is the real deal. He plays much bigger than his weight.

Elwood’s running-back corps is like a candy store. Denver has never had such a massive cadre of running-backs to chose from. There will be some hard decisions when choosing who stays, who goes, and who ends up on the practice squad. The Denver Broncos were serviceable with Lindsay, Freeman and Booker. Now they have the task of figuring out who fills out the Denver running game the best. Currently, they are top heavy. My money is on Williams and Riddick making the squad. We saw how an appropriately used David Williams can be an asset.

Elwood will have to think really hard before offing Booker. He is a 5 or 6 yard per carry back that has not arrived at his full potential.

Freeman will eclipse Lindsay in his performance this year. Then there is the possibility of the undersized Lindsay getting injured.

Flacco drove down the field on his first attempt and Mcmanus was Elamesque.

There is a different stallion in Denver this year….. In fact, the Denver Broncos are stacked at every single position.

The St. Joseph era is a think of the past. Things will now heat up. Expect an extreme rubber band effect as the Broncos start kicking some ass.

All is well in Broncoville!!!!