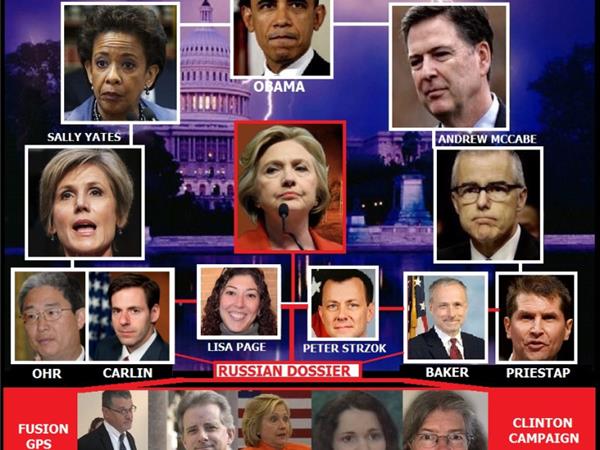 Three Brodhead brothers and a son did not spend time on disease ridden prison ships and winter at Valley Forge to see this great nation turn into a a corrupt Democratic Socialist shit hole modeled after the KGB, NAZI party, and North Korea. It is time we made “the stand!”

As a result of the 911 bombings and the dot com bust, George Bush and a willing Congress and Senate conspired to shit-can the 4th Amendment and create a massive Computer Surveillance Industrial Complex. The patriot Act was supposed to be used for foreign terrorist, however, it quickly expanded to “Prism” and the wiretapping of all things internet and electronic. The 4th Amendment and right to privacy was obliterated while secret FISA courts were created. However, unlike public judges that are elected and subject to scrutiny and transparency, FISA court judges are simply chosen by the deep state. These selected FISA court judges can then be easily manipulated by other associated federal agencies.

George Bush, Barack Obama, and a host of Federal agency leaders lied to our faces about the wholesale surveillance of the American people. Of course Edward Snowden would blow the whistle on the CIA and NSA and expose the violations of our 4th Amendment rights. It seems that the NSA catalogs everything we do digitally and stores it in Bluff-dale, Utah.

Watergate was a traffic ticket compared to FISAGATE. Watergate was limited to Nixon’s cabinet and a few individuals willing to break into the DNC headquarters at the Watergate hotel. FISAGATE includes the assets and capabilities of several different federal entities, as well as, the Obama DOJ. Instead of unaffiliated rogue Watergate players, FIAGATE is about federal collusion at the highest levels and the abuse of tax payer dollars. In fact, the FISAGATE activity is more aligned with the behavior of a dictatorship than a Republic.

In order to restore our 4th Amendment, Donald Trump will have to release all documents related to FISAGATE.

The Utah Data Center, also known as the Intelligence Community Comprehensive National Cybersecurity Initiative Data Center,[11] is a data storage facility for the United States Intelligence Community that is designed to be a primary storage resource capable of storing data on the scale of yottabytes (1 yottabyte = 1 trillion terabytes, or 1 quadrillion gigabytes).[12][13] Its purpose – as the name implies – is to support the Comprehensive National Cybersecurity Initiative (CNCI), including storing details of people’s mobile phone and internet use, though its precise mission is secret.[14] The National Security Agency (NSA), which will lead operations at the facility, is the executive agent for the Director of National Intelligence.[15] It is located at Camp Williams.

Here are the documents that have the greatest chance of rocking Washington, if declassified:

1.)   Christopher Steele’s confidential human source reports at the FBI. These documents, known in bureau parlance as 1023 reports, show exactly what transpired each time Steele and his FBI handlers met in the summer and fall of 2016 to discuss his anti-Trump dossier. The big reveal, my sources say, could be the first evidence that the FBI shared sensitive information with Steele, such as the existence of the classified Crossfire Hurricane operation targeting the Trump campaign. It would be a huge discovery if the FBI fed Trump-Russia intel to Steele in the midst of an election, especially when his ultimate opposition-research client was Hillary Clinton and the Democratic National Committee (DNC). The FBI has released only one or two of these reports under Freedom of Information Act lawsuits and they were 100 percent redacted. The American public deserves better.

2.)   The 53 House Intel interviews. House Intelligence interviewed many key players in the Russia probe and asked the DNI to declassify those interviews nearly a year ago, after sending the transcripts for review last November. There are several big reveals, I’m told, including the first evidence that a lawyer tied to the Democratic National Committee had Russia-related contacts at the CIA.

3.)   The Stefan Halper documents. It has been widely reported that European-based American academic Stefan Halper and a young assistant, Azra Turk, worked as FBI sources. We know for sure that one or both had contact with targeted Trump aides like Carter Page and George Papadopoulos at the end of the election. My sources tell me there may be other documents showing Halper continued working his way to the top of Trump’s transition and administration, eventually reaching senior advisers like Peter Navarro inside the White House in summer 2017. These documents would show what intelligence agencies worked with Halper, who directed his activity, how much he was paid and how long his contacts with Trump officials were directed by the U.S. government’s Russia probe.

4.)   The October 2016 FBI email chain. This is a key document identified by Rep. Nunes and his investigators. My sources say it will show exactly what concerns the FBI knew about and discussed with DOJ about using Steele’s dossier and other evidence to support a Foreign Intelligence Surveillance Act (FISA) warrant targeting the Trump campaign in October 2016. If those concerns weren’t shared with FISA judges who approved the warrant, there could be major repercussions.

5.)   Page/Papadopoulos exculpatory statements. Another of Nunes’s five buckets, these documents purport to show what the two Trump aides were recorded telling undercover assets or captured in intercepts insisting on their innocence. Papadopoulos told me he told an FBI undercover source in September 2016 that the Trump campaign was not trying to obtain hacked Clinton documents from Russia and considered doing so to be treason. If he made that statement with the FBI monitoring, and it was not disclosed to the FISA court, it could be another case of FBI or DOJ misconduct.

6.)   The ‘Gang of Eight’ briefing materials. These were a series of classified briefings and briefing books the FBI and DOJ provided key leaders in Congress in the summer of 2018 that identify shortcomings in the Russia collusion narrative. Of all the documents congressional leaders were shown, this is most frequently cited to me in private as having changed the minds of lawmakers who weren’t initially convinced of FISA abuses or FBI irregularities.

7.)   The Steele spreadsheet. I wrote recently that the FBI kept a spreadsheet on the accuracy and reliability of every claim in the Steele dossier. According to my sources, it showed as much as 90 percent of the claims could not be corroborated, were debunked or turned out to be open-source internet rumors. Given Steele’s own effort to leak intel in his dossier to the media before Election Day, the public deserves to see the FBI’s final analysis of his credibility. A document I reviewed recently showed the FBI described Steele’s information as only “minimally corroborated” and the bureau’s confidence in him as “medium.”

8.)   The Steele interview. It has been reported, and confirmed, that the DOJ’s inspector general interviewed the former British intelligence operative for as long as 16 hours about his contacts with the FBI while working with Clinton’s opposition research firm, Fusion GPS. It is clear from documents already forced into the public view by lawsuits that Steele admitted in the fall of 2016 that he was desperate to defeat Trump, had a political deadline to make his dirt public, was working for the DNC/Clinton campaign and was leaking to the news media. If he told that to the FBI and it wasn’t disclosed to the FISA court, there could be serious repercussions.

9.)   The redacted sections of the third FISA renewal application. This was the last of four FISA warrants targeting the Trump campaign; it was renewed in June 2017 after special counsel Robert Mueller’s probe had started and signed by then-Deputy Attorney General Rod Rosenstein. It is the one FISA application that House Republicans have repeatedly asked to be released, and I’m told the big reveal in the currently redacted sections of the application is that it contained both misleading information and evidence of intrusive tactics used by the U.S. government to infiltrate Trump’s orbit.

10.)  Records of allies’ assistance. Multiple sources have said a handful of U.S. allies overseas — possibly Great Britain, Australia and Italy — were asked to assist FBI efforts to check on Trump connections to Russia. Members of Congress have searched recently for some key contact documents with British intelligence. My sources say these documents might help explain Attorney General William Barr’s recent comments that “the use of foreign intelligence capabilities and counterintelligence capabilities against an American political campaign, to me, is unprecedented and it’s a serious red line that’s been crossed.”

John Solomon is an award-winning investigative journalist whose work over the years has exposed U.S. and FBI intelligence failures before the Sept. 11 attacks, federal scientists’ misuse of foster children and veterans in drug experiments, and numerous cases of political corruption. He is an investigative columnist and executive vice president for video at The Hill. Follow him on Twitter @jsolomonReports.